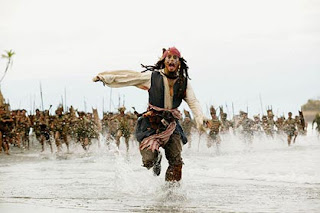 Once upon a time in a land not too far away, I made the naïve presumption that the world of theatre was somehow more legit than that of rock’n’roll. That was until the following story was relayed to me…


Excited to endeavour to express his artistic side via a new medium, I’ve been assured that the motivation behind the actions in which my good friend (who will remain nameless, out of respect) partook that I’m about to describe, stemmed only from a desire to achieve what was best for the production for all involved.


Upon being cast for their various roles, he along with the others were issued a score, script and cd featuring the musical’s key tracks and provided with the simple instructions that they were to familiarize themselves with each before formal rehearsals began. Well, one can only imagine the dismay he and his fellow cast members experienced when practises started and they discovered that one of the featured tracks was to be performed in a completely different (MUCH higher) key than what was featured on the disc. Worse, the leads in the song were clearly “actors” more than “singers” and their struggle to hit the right pitches was apparent to everyone.


Several under-the-breath comments, grimaces and questions were issued toward the musical director (MD, for short) of the production, but he seemed either oblivious or uninterested in catering to the strengths of the cast. My friend gave him the benefit of the doubt that it was the former and sent him a politely worded email that I agree was anything but confrontational bringing this concern to the MD’s attention. The message emphasized that my friend was merely speaking on behalf of himself and SOME of his fellow cast members with whom he’d conversed, and proposed that perhaps at the next rehearsal a poll could be taken to see how everyone was feeling in regard to the new key of the song.


Now admittedly, this was my friend’s first ever experience with community theatre and therefore he’s willing to admit it’s possible he did not correctly follow protocol here, however it only seemed logical to him (and me, for that matter) that if one had a music-related concern, they’d address it toward the music director. But I digress…


Believe it or not, my friend’s seemingly innocuous act addressing what he felt was only a minor concern led to all hell breaking loose and the MD proceeding to send out a mass email to the entire cast and crew accusing my friend of being the ringleader in a “mutiny” against him. Instead of even attempting to resolve this matter professionally (keep in mind my friend even offered to apologize to everyone despite the fact he’s still not certain where he went wrong), my friend was as they say “cut” from the show.
Now there are several different psychological concepts this story houses within itself (ie: outgroup versus in-group mentality and “scapegoat-ism” to mention a few), but I’d like to offer a theoretical hypothesis for the MD’s over-the-top response:
Generally as a result of some sort of trauma or bullying they've experienced, certain individuals (usually those with pre-existing insecurities) develop what is known as a “hypersensitive” disposition as a means of self-preservation. Essentially, on a subconscious level their minds become primed to react consistently in a “survival protectionist mode” (also known as “defensiveness”) anytime anyone proposes even the slightest objection/suggestion in regard to their actions. Given that I’m told the MD was an eccentric fellow and member of a minority group, I’m gonna hazard a guess and suggest that he likely continues to be/has been in the past tormented by others.


Because of this hypersensitivity, such individuals are unable to react rationally (ie: non-defensively/non-emotionally/non-combatively) even when NO clear “personal attacks” are issued (personal attacks to be discussed at length in the near future). As leadership mentor Shelley Holmes explains in her hit e-book, Influence Your Way to Success, a hypersensitive reaction occurs when one feels psychologically “unsafe” in conversation. This feeling of “unsafeness” is triggered by a fear of, “being found to be less than what they want others to perceive them as, a loss of status, [a belief that one’s] self-image is under challenge, [a belief that one’s] self-esteem is threatened or finally a fear of rejection”. Basically, anything that doesn’t fit into the context of “praise” regardless of the tone used, content discussed or the person who is uttering said remarks is interpreted as a means to “go to war”.


It’s important to recognize that the MD’s elected form of strategy (ie: to form a gossip train) instead of having a mature adult discussion with my friend directly or at the least asking the director of the show to act as a mediator between them to resolve the issue, further exemplifies (t)his behaviour is rooted in insecurity: why else would one launch a “smear your enemy/pity me campaign” unless it were to seek the validation of others and therefore denounce any sense of personal responsibility for causing the concern? That’s highschool tactics 101.


The biggest problem however when it comes to hypersensitive individuals is that if you point out their defensiveness, it generally only leads to them then becoming defensive about being defensive. Eugh! Suffice it to say there’s a reason that defensiveness has been labelled one of the “four horsemen of [relationship] apocalypse” by psychology professor and marriage researcher Dr. John Gottman. It not only impedes communication between parties, but ALSO self-reflection on behalf of the individual afflicted by this issue. The reality is this: defensiveness like depression is ultimately something the bearer of said behaviour has to overcome by first being willing to admit they have a problem.


If you should ever (god forbid) find yourself in a situation wherein you’re dealing with a hypersensitive individual, how you react in turn will undoubtedly be affected by your relationship to him/her. If, for example, you’re dealing with a loved one, the best advice I can offer is to gently remind them that the motivation behind whatever you’ve said or done that’s resulted in their defensiveness is purely coming from a place of care and therefore there is no need for them to feel threatened. If on the other hand you encounter this behaviour from a stranger, superior or someone with better established political ties within the group, you may very well be screwed as my poor friend was.
Posted by Psych Your Mind at 16:04