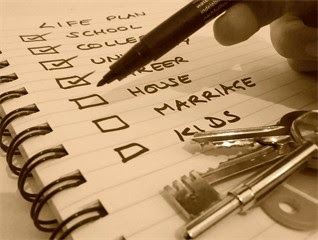 This past month, I celebrated 28 years of glorious existence on this earth; namely “glorious” because unlike my fellow wacky artistic types, I was smart enough not to find permanent membership on the “Dead at 27” list.

Like all of my birthdays that had come prior, I found myself being showered with varying sums of money from my relatives. Now, I’m not certain where said tradition originated: perhaps I was denoted long ago as one of those “hard to buy for” individuals or maybe my family members simply have the extra disposable cash. Either way, for as long as I can remember, the August season has consistently been ushered in by the receipt of cheque-filled envelope upon envelope in my mailbox.

I jokingly remarked to my mom this year, “When do you think I’ll reach the cut-off age? I’ve come to rely on receiving that extra annual income.” While I assure you the aforementioned statement was entirely made in jest, it brought to light an interesting modern day dilemma: at what age is one now considered an quote unquote adult? In other words, it’d be hard to imagine me (or anyone for that matter!) reaching 40 or 50 years of age and still receiving birthday spending money from their extended family members.

If we trace back through human history, “adulthood” was seemingly easier to define. In the Medieval era, a woman was signed up for marriage and childbirth the moment she demonstrated her first signs of fertility. During the early 1900s, mandatory military training began for boys as early as age 10. The moment you hit 18, you’d be enlisted to the draft lottery, whether you were a lover or a fighter. In stark contrast, in today’s world, we, as a country, can’t even seem to agree upon what the legal drinking age should be!

Nowadays, it’s not uncommon for men and women within their late 20s and 30s to still be floundering when it comes to a set career path and/or reliant on their parents for financial support. Despite having access to superior education and opportunities, many of us (and it’s not for lack of trying) just can’t seem to “grow up”. Of course, this calls into question yet another existential dilemma: what exactly does it mean to be “grown up”?

But before we open that can of worms, there’s another query that requires addressing: “why does any of this matter?” Well, psychological research has uncovered time and time again that humans’ number one fear is death (public speaking, interestingly, ranks second). Given that humans, as a species, are able to cognitively contemplate existence and come to grips with the notion that ALL living things are tied to a fairly predictable life cycle, it must be understood that this fear is not simply about losing the function of one’s physical form. In order to understand death and our fear of it then, one must look beyond its literal meaning and instead into the world of symbolism.

Intertwined with the fear of death is also a “fear of the unknown” (ie: What happens when I lose my physical form? Is there an afterlife? Should I have believed in something? Will I return in another form in the future?). More pertinent to our discussion however, a fear of death is as well largely tied to a “fear of failure” (ie: I’m running out of time. There are so many things I want/ed to accomplish. How will I be remembered? Did I do enough?) Whether you are consciously aware of it or not, each year we age, these types of contemplations become increasingly important to us.

What I’m trying to get at is that throughout our history and even still today, “adulthood” has been defined by the accomplishment of specific milestones at set ages: a standardized checklist, if you will, of obtaining education (teens to 20s), establishing/maintaining a career (mid 20s to 50s), getting married (late 20s to early 30s), having 2.5 kids (late 20s to early 30s), buying a home with a snazzy white picket fence (mid to late 30s), retirement (mid 60s) and so forth. This “idealization” however fails to take into account changing social, political and cultural circumstances. Accordingly, many of us live “stressed out” and become increasingly depressed as we age because we’re unable to “measure up.”

As humans are a social species that highly value group membership, failing to accomplish these established “life goals” (as determined by our larger social group) presents yet another potential fear coming to light: that of ostracism. In other words, there’s no worst “death” than “dying alone.”

Taking all of the above into consideration, I’d like to suggest that this traditional model of “adulthood” is short-sighted and out-dated (to say the least). Having life goals IS absolutely essential, BUT in my 28 years on earth, if in fact I’ve learned anything, it’s this simple truth: true age and “maturity” (and therefore what constitutes adulthood/growing up) cannot and should NOT be merely defined by a number OR series of tangible accomplishments. After all, we’ve all known “adults” whose behaviour is juvenile, at best, and “children” who take us by surprise by the wisdom they effortlessly espouse.

Instead, I’d like to propose that we should assess age (and “adulthood”) by one’s level of “psychological maturity”: the ability to encounter all of life’s circumstances with a non-defensive introspective empathetic responsible point of view. Yes, I know that’s a rather loaded statement! It goes without saying that maintaining consistency when it comes to adopting/applying a “psychologically mature” perspective is by far the most trying aspect of this entire exercise.

Never fear my friends! With that said, this month’s lesson comes directly off of a page from my recent birthday book: ASK QUESTIONS. Rarely is there a time something should be accepted at its “face value” or “assumed” about. True understanding and therefore appropriate “mature” reaction is ONLY possible when one has inquired to learn all sides of the equation.
Posted by Psych Your Mind at 20:33 No comments: