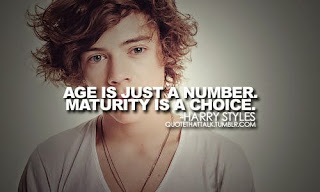 As we age physically, our psychological perceptions too drastically change. In our youth, it begins subtly: as Piaget’s Theory of Cognitive Development notes, over approximately the first ten years of our life on this planet, we transform from infants whose actions and reactions are by and large determined by intrinsic reflexes to prepubescent children capable of abstract thinking and inferential reasoning (ie: the ability to think about things which have not literally been experienced and to draw conclusions from said contemplations). To this, Kohlberg adds that in conjunction with our acquisition of knowledge and logic, also comes a change in how one interprets what’s right/good and what’s wrong/evil.

As kids, we obey the rules that are dictated to us purely out of fear of repercussion and/or desire for reward; a typical example of operant conditioning. From here, through the indoctrination of social norms, we begin to understand how being a “good citizen” will personally serve us well. As we grow older still, ideally we reach the final stop in Kohlberg’s Stages of Moral Development in which we not only internalize a personal moral compass that we willingly (key word) abide by, but further embrace an ethical point of view in respect to our treatment of all others.

Beyond intellectual and moral growth, our views in reference to the self, others (family, friends, business acquaintances and even enemies), our life goals, our desires/dreams and how we define our place in society (and the world at large) also shift. An embarrassing anecdote from my childhood proves illustrative:

Apparently, I once told my mom that my career ambitions were as follows: to be a Dicky D ice cream salesperson in the summer and a T-bar ski lift attendant in the winter. Beyond its simple amusement, this chronicle offers some interesting insight into my childhood perceptions and values: it demonstrates that I understood seasonal work and the necessity of being employed all year around, as well as recognized that these two services were important among families. It also proves my initial point: that we change DRASTICALLY.

There is a caveat to that last statement however. While my current vocational goals far exceed those of the 5 or so year old Rose, I am still a very service-oriented individual. Major personality traits, such as whether one is introverted or extroverted, for example, are typically resilient throughout the course of one’s life.

So how does all of this relate to you in your present state of affairs (ie: attending college in your late teens/early 20s)? The cognitive changes we’ve discussed thus far are more or less part and parcel to “physically” growing up. In contrast, when you reach the life stage you’re at now, change and self-growth largely become a choice determined by experiential factors. In other words, we ALL regularly find ourselves entwined with varying bouts of human drama and tragedy. BUT we do not all deal with said situations the same way. The stark differences in “coping” behaviours that can be observed among so-called “adult” humans ultimately result from one of two self-contemplations (whether you’re conscious of it or not):

1)  The Psychologically Mature Approach: Will I allow this situation to be a source of personal growth? If so, what can I learn from it? How can I analyze each point of view objectively so that I can ascertain a thorough understanding of all parties involved?

2) The Juvenile Approach: Will I externalize all blame and get defensive if someone dare point their finger toward my actions as potentially contributing to the situation? Will I find every means possible to rationalize myself as the “blameless victim” and/or “rightfully justified party” even when logic that clearly suggests otherwise is thrown in my face? Will I grow bitter as others flourish around me and I never seemed to be given any “chances”?

It goes without saying that neither choice can peacefully be made nor accepted until one is less clouded by their emotions. What I need to strongly emphasize here though is the fact that option two is a CHOICE. Just like a positive happy demeanor is determined by an individual’s willingness and desire to be grateful and to focus on the good things in their life, juvenility is an accepted choice resulting from a disinterest in being introspective and/or accepting personal responsibility. Perhaps here would be a good time for another real life account.

I have this friend who truly is a textbook example of everything NOT to do. He’s what I call a “runner” in that every time sometime goes awry in his life, instead of confronting the issue(s), he convinces himself that he’ll be able to start fresh by relocating to another city. The problem of course is that it’s not the scenery that is the dilemma, but rather the repeated poor decisions he continues to make. It always goes the same way; accordingly, it’s getting increasingly difficult to have any sense of empathy toward him.

Initially, he’s happy as a clam. He finds a nice new neighbourhood, gets himself a decent job and things are seemingly looking up. He couldn’t be happier – moving was the right choice. Then (wait for it), he inevitably gets involved with a less than classy dame whose sexual history you’re probably better off not knowing. Within a week (sometimes less), he’s already thinking about moving in with her and getting hitched. He’s in love, but it’s surely not a healthy love.

He becomes possessive bordering on obsessive toward the gal, who made it clear from the get-go that frankly she’s not really the “marriageable” type. He either begins to suspect she’s cheating on him or hiding a pregnancy or both, they erupt into WWIII and once again, his life is “over”. He loses all sense of personal composure and his job too in the meantime. He mopes around for a couple of weeks and then “Eureka!” The solution to solving all of his problems appears: skipping town...yet again.

Now, I’m sure you’re all familiar with Einstein’s apt definition of insanity: the repetition of the same behaviour(s) over and over again with the expectation that the results will be different. I’d like to suggest that this definition can equally apply to those who opt for the aforementioned choice when facing adversity.

Instead of analyzing his actions which have led him to this same spot time and time again, my friend adopts the “poor me syndrome” (ie: the belief that the world is out to get you and you are an innocent victim being targeted for some random reason). Consequently, he never accepts responsibility for his own contributing behaviours and thereby NEVER ultimately grows as a person. And that my friends, for many, is the irony of aging!

In a nutshell, this month’s lesson is as follows: Acknowledge the choices embedded within your actions and reactions. If you’re unhappy with the end results, look to YOURSELF to improve the situation.
Posted by Psych Your Mind at 18:47 No comments: