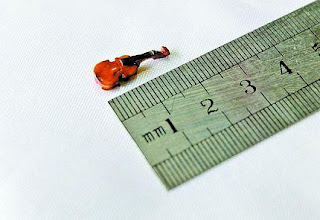 I had this friend. The term “trainwreck” cannot even begin to characterize her. Convinced her life was a melodramatic soap opera PURELY as a result of the fact she was riddled with an unfortunate family situation and even more unfortunate perpetual (in her opinion) bad luck, no matter what life handed to her (good or bad), she ALWAYS found some way of focussing on the negative to such an extent that everyday, her life was seemingly “over”. I’m sure you’ve all known individuals like her yourself. They suffer from something entitled “the poor me syndrome”, first noted by psychologists Paul Chadwick and Peter Trower.


Admittedly, as a naïve egocentric solipsistic teenager (Ah the life of a teenager where acne and popularity were our all-consuming dilemmas of the day!), I too once viewed the world from this point of view and resultingly, suffered from regular bouts of depression. HOWEVER, one day I woke up and decided I had had enough. And on that day, I came to the realization that happiness is largely a CHOICE as it’s a reflection of one’s personality disposition. In sum, I grew up!
This is not to take anything away from my former friend’s situation, as being the daughter of a woman who was in and out of rehab and relationships most certainly wouldn’t have been easy. HOWEVER, there is NO mandate which dictates that one must never aim to rise above their situation. On the contrary, some of the greatest figures we’ve had in history have done just that. The continual issue I had with my friend was her BLIND HYPOCRISY.


On the one hand, she’d state so fervently she did NOT want to turn out like her mother, and accordingly would ask for my advice when she didn’t know how to handle difficult situations. YET, at the same time, for the duration of our friendship, somehow justified dating an abusive drug dealer who rewarded her sobriety by giving her deals on eightballs of coke and despite telling me it was over with him several times, continued to sleep with him, got pregnant, and then had to get not one but TWO abortions. Told ya I wasn’t over-exaggerating the “trainwreck” part.


Throughout my travels, I’ve met quite a few “interesting” characters on the road, and I’ve come to the conclusion that those who exhibit similar traits to my above-described ex-friend subconsciously get themselves into these dilemmas ON PURPOSE because it’s the ONLY way they feel they can get the world to focus on them, if only for a moment. Like the neglected child who acts out in school, bad attention is better than none at all.


This kind of subconscious drama-seeking comes from a place of SEVERE low self-esteem and self-loathing, but rather than admit the problem is with themselves, these individuals revert to immaturity when in crises, projecting all of their negativity outward. This allows them to come to the “rational” conclusion that the world is simply “against them”, rather than admitting they’re acting like idiots and assholes. You reap what you sow.


The “poor me” syndrome is a coping mechanism that deflects self-responsibility and self-monitoring. You’ll find that this syndrome is particularly common among those with addictive tendencies. There’s nothing more heartbreaking than hearing an addict claim they want to get better (to save face) only to witness them revert back to their lifestyle as soon as the show is over.


How to Handle These Kinds of Individuals
I would never suggest to any of you to cut individuals out of your life – that’s a personal choice that should not be taken lightly as it’s something you’ll have to live with forever. But, let me warn you it’ll be a long and ridiculously bumpy road if you continue to allow yourself to be subjected to this drama. With that said, I’d like to offer you a few words of wisdom I’ve learned from this experience and others to make your travels a little less rugged:


1)      Do NOT make excuses for these people. If you don’t see them for who/what they really are, they will never get out of the “poor me” mindset.


2)      Do NOT bend over backward for these people. It’s a well known fact that addicts and depression sufferers ONLY get better when THEY make the CHOICE to do so. All the love and support in the world will NOT change a person. They have to want to change for themselves.


3)      Do NOT continually bail these people out as it will only result in your relationship with them becoming yet another thing to which they’re “addicted.”


4)      Do NOT fill their heads with grandiose ideas they will never be able to achieve or live up to. Call a spade a spade. Encourage them, be there for them, BUT be realistic. The “inflated ego” syndrome which develops to mask a low self-concept is a whole nother can of worms we’ll be tackling in the future.


Importantly, if left unaddressed, this “poor me syndrome” can escalate to a paranoid personality disorder plagued by self-victimization, delusions of persecution and deliberate attempts to manipulate others in order to gain sympathy (a form of psychological abuse). Scary stuff!
Read more at: www.mentalhealth.com/dis/p20-pe01.html
Posted by Psych Your Mind at 09:05